A Message
from the
Chairman and
President 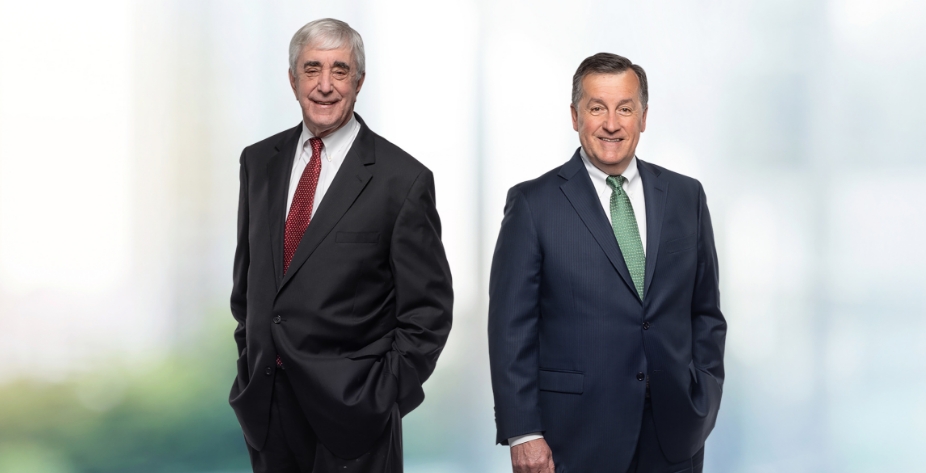 For MEAG Power, 2021 saw many of the elements that will power our future move closer to fruition, while technology advances and trends that seem certain to have a sustained impact on the power industry and Participant communities gained momentum.

All of this, of course, took place against the backdrop of the ongoing COVID-19 pandemic, which continued to affect our business throughout the year. We returned to the office in July – following government agency-recommended protocols. We followed the same approach in returning to hosting our annual events in person.

As Unit 4 progresses through construction and continues to transition into testing, ongoing and potential future challenges include the availability of craft and other resources to support the completion of the electrical work and system turnovers.

Although there have been noted delays, Unit 3 is now 99% complete. It reached the last major milestone before fuel load – hot functional testing – in 2021. Unit 3 continues its progress toward commercial operation with the completion of activities including the receipt of the fuel for the initial core load, initial phases of the site lockdown and ITAAC completions.

There are several recent achievements and milestones to note for Unit 4, as well. These include: open vessel testing activities have begun; completion of the containment vessel integrated leak rate test; integrated flush activities in the final stages; and completion of hydrostatic testing of steam generators. Bulk electrical construction continues, with the focus on the achievement of additional testing milestones later this year that will allow hot functional testing to begin on Unit 4. The total project, including both units, is now 92% complete. 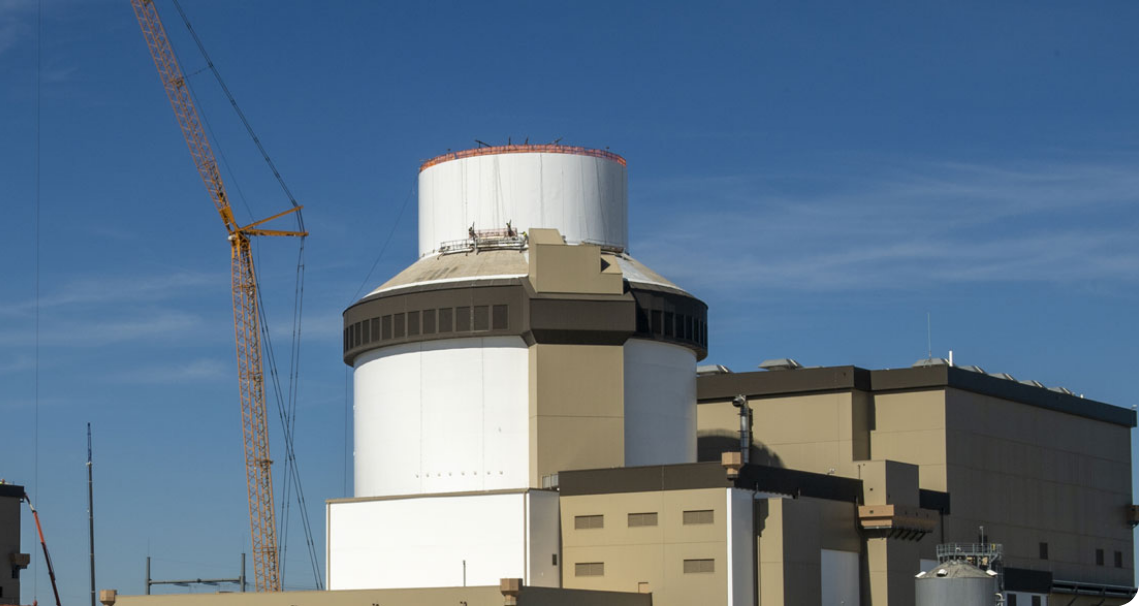 Over the past couple of years, grid emergencies in California (in the summer) and Texas (in the winter) have clearly pointed to the importance of an electric power system that is diverse, reliable, resilient and economically stable.

A diverse energy portfolio like MEAG Power’s remains vital to managing fuel price fluctuations, demand spikes, weather-related emergencies and related disruptions. As we continue to work toward making our 66% clean delivered energy portfolio even cleaner and more diverse, we remain committed to doing so in a prudent, reliable, economic manner. So, while we agreed in 2021 to exit Plant Wansley’s coal units in 2022, we are evaluating whether to keep our two units at Plant Scherer operational in the coming years.

In 2021, coal comprised 9% of our delivered energy, up from 2% the prior year as an increase in natural gas prices made coal generation more economical for a part of the year. MEAG Power’s ownership in coal-fired generation – and on-site fuel storage at coal plants – enhances the security, fuel diversity, reliability and resiliency of our overall power supply as our generation fleet evolves.

Hydro remains an important part of our mix, as well, and this emissions-free energy source comprises approximately 7% of our delivered energy. For 2021, hydro generation output was above expected levels, owing to the above-average rainfall across the Southeastern Power Administration’s (SEPA) area.

In 2021, we also took steps toward making our portfolio even cleaner and more diverse. After careful consideration of our options, we signed our first solar power purchase agreement (PPA) in August for the output from an 80 MW solar farm to be located in south-central Georgia. The solar farm will connect to a MEAG Power-owned substation, with commercial operation expected to begin in early 2024. 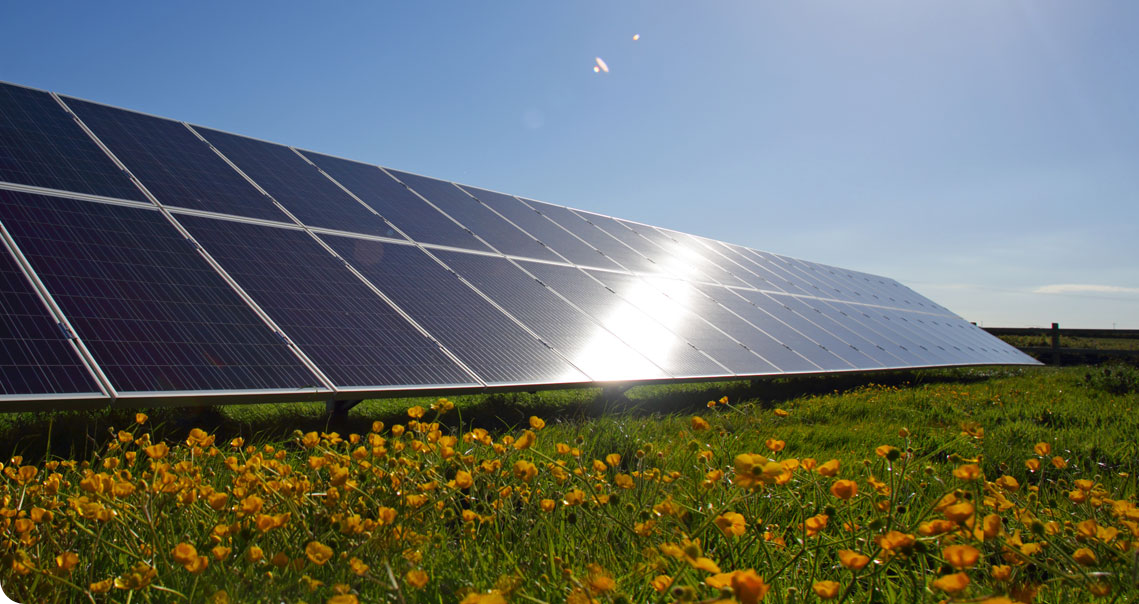 Decreasing our coal-fired generation capacity and adding solar capacity to our portfolio are in keeping with the direction in which the industry has been headed for several years. According to a review by the SUN DAY Campaign of data from the Federal Energy Regulatory Commission (FERC) and the U.S. Energy Information Administration (EIA), solar, wind and other renewable energy sources (such as biomass, geothermal and hydropower) provided just over 81% of new domestic capacity in 2021.

Nuclear generation has held relatively steady in the previous decade. U.S. nuclear power, with 97 GW of capacity in 2020, has less than half as much operating capacity as coal. However, nuclear power plants in 2020 operated at a capacity factor of 93%, continuing to deliver 20% of the nation’s electricity generation and contributing to the reliability and resiliency of the grid. (Nuclear generation comprised 59% of MEAG Power’s generation in 2021.) The addition of the two new units at Plant Vogtle will boost U.S. nuclear capacity by 2,234 MW.

As this industry transition continues, MEAG Power will focus on ensuring the reliability of the grid. This means the continued use of natural gas and coal resources to bridge the gap until the point at which non-emitting technologies are economically viable – and can provide the flexibility and resiliency for reliable grid operations – as replacements.

Electricity demand dropped in 2020, a direct result of commercial and industrial cut-backs and closures due to COVID. We saw a reversal in 2021, with energy delivered to Participants rising above 2020 levels by 6.1%. The native load peak for MEAG Power in 2021 was also 58 MW higher than 2020, reaching 1,985 MW on July 29. 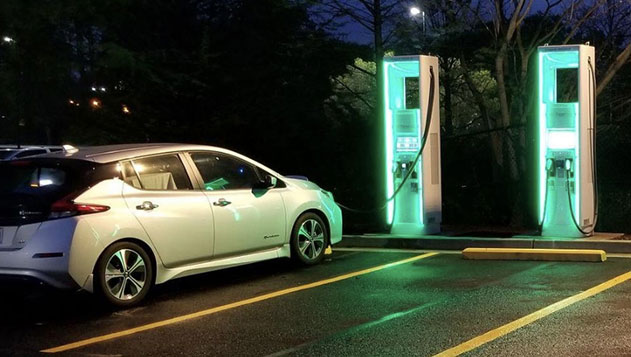 During 2021, MEAG Power’s Average System Availability Index, which measures the percent availability of wholesale electric service, averaged 99.998%. And the 2021 cumulative outage minutes were 2,037, which is 40% lower than 2020.

In addition to the resumption of more normal commercial and industrial activity, one of the drivers of the increase in delivered energy in 2021 was the rise of data center operations. These have become a source of load growth in MEAG Power Participant communities.

The Southeast Energy Exchange Market (SEEM) was approved by FERC in 2021, and MEAG Power has joined as a founding member. SEEM is a unique approach to enhancing the existing bilateral market. The new SEEM platform will facilitate sub-hourly, bilateral trading, allowing participants to buy and sell power close to the time the energy is consumed, utilizing available unreserved transmission.

The founding members represent nearly 20 entities in parts of 11 states with more than 160,000 MWs (summer capacity; winter capacity is nearly 180,000 MWs) across the Eastern and Central time zones. These companies serve the energy needs of more than 32 million retail customers (roughly more than 50 million people). SEEM’s Membership Board has been established and SEEM actions are now being governed by that Board. SEEM platform development activities are underway, and the Auditor and Administrator roles are being filled. SEEM expects to go live by the fourth quarter of 2022.

MEAG Power has Board member rights and cost responsibility in SEEM, and The Energy Authority (TEA) will be supporting the market participation on behalf of MEAG Power and other TEA members and partners. TEA will submit bids and offers in the platform, conduct bilateral transactions in the same manner as hourly transactions and perform settlement of transactions following current TEA processes.

We look forward to the benefits the market will deliver in terms of helping MEAG Power reduce hourly imbalances and the ability to manage costs relating to solar and other non-dispatchable resources in the future.

As a member, MEAG Power has a seat at the table to engage on proposed changes to the market. We also have the flexibility to withdraw if the market does not benefit our Participants.

MEAG Power delivered a
record year-end settlement
to Participants in 2021 of
$48.9 million.

MEAG Power continued a run of very favorable financings in 2021, seeing our weighted average interest rate decrease to under 4%. Our assets have now risen to more than $12 billion.

On October 7, MEAG Power issued $304 million of Project One and General Resolution Series 2021A Tax-exempt and 2021B Taxable Bonds. The TIC was 2.63% with 15.5 years’ weighted average maturity and final maturity of January 2051. These bonds refunded retail price index bonds maturing on Jan. 1, 2022, provided capital for new projects and fixed out most of the outstanding credit facility balances to lock in historically low interest rates and free up borrowing capacity for future needs.

In addition to the historically low weighted average interest rate and favorable financing activities, MEAG Power delivered a record year-end settlement to Participants in 2021 of $48.9 million.

On November 15, President Biden signed into law the Infrastructure Investment and Jobs Act (H.R. 3684), also referred to as the Bipartisan Infrastructure Law.

The Infrastructure law represents a significant investment in several power-industry areas, including $7.5 billion to build out a national network of electric vehicle (EV) chargers in the United States, more than $65 billion for clean energy transmission and grid resiliency, more than $50 billion to make the U.S. infrastructure more resilient to the impacts of climate change and cyberattacks, and $65 billion in broadband infrastructure deployment.

The Infrastructure law comes as numerous EV-related projects and initiatives announced over the past couple of years seem to position Georgia as a nexus of the growing EV industry – with a number of related infrastructure companies and suppliers investing billions of dollars in the state.

The growth of the EV industry seems destined to fuel growth among MEAG Power Participants, both directly and indirectly. Some Participant communities are benefiting from direct and secondary investment from EV-related plant construction, tax-base growth and ancillary economic benefits. In the future, as EVs begin to predominate, a significant boost in electricity sales seems a likely benefit across the board.

Both the federal energy legislation and state legislation that could significantly affect our industry are prime examples of the importance of ongoing engagement by MEAG Power, as well as Participants. It is incumbent upon Participants to participate and remain engaged in the governmental and legislative affairs that affect joint action and public power.

LaGrange Mayor Jim Thornton became Georgia Municipal Association (GMA) president in 2021 – an example of such engagement. In addition, MEAG Power executives serve on numerous industry boards, including those of the American Public Power Association, TEA, the Large Public Power Council (LPPC), the SERC Reliability Corporation and SEEM, among other affiliations. 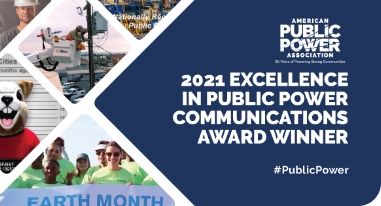 MEAG Power continues to make progress on our ongoing work to solidify and expand our branding. The new corporate website, launched early in the year, won the 2021 APPA Award of Excellence and is becoming a more widely used tool for engagement and communications.

The website will serve as the template and framework for a new Participant Portal, to be launched in 2022. It also will host a new event registration capability, to be in place for use with MEAG Power’s 2022 annual meeting. Finally, the website serves as the springboard for bringing some existing communications vehicles like the CURRENT newsletter into the digital age. The new online CURRENT is set to launch in the spring of 2022.

As always, the MEAG Power staff is here to serve our Participants, and we will work diligently to provide them all the tools and advantages to power their successful futures.

We're sorry, but this browser is no longer supported

You will experience limited functionality and unusable pages with your current browser. We recommend upgrading to one of the latest versions of the following browsers: